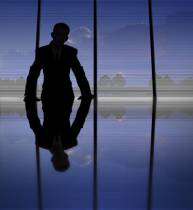 There’s been a lot of speculation around the details of the sale of Domain Sponsor to Rook Media. There’s only one thing for certain, a lot of money was put on the table…..and I mean a LOT. For those that were involved in the transaction, please excuse my guesstimates.

It was clear from the outset that Oversee.Net didn’t really need to sell Domain Sponsor and its accompanying portfolio of domains. This means that whatever price was paid it would have been at the high end of the scale.
Since I’m not privy to the Oversee accounts I actually don’t know what sort of numbers they were doing…..but maybe I can take an educated guess. My one disclaimer is going to be that I can guarantee that my guess will be wrong but at least I put a peg in the sand.

If the domain parking industry is doing around $400m/year in parking revenue and Domain Sponsor had around a 30% market share then they would have a gross run rate of $120m/year or $10m/month. Given the downward pressures on margins I would suggest that their gross margin is around 20%. This would leave a net revenue line (after paying domainers etc.) of $24m/year. Given the scalability of domain parking, total costs would be around 60% of revenue which would leave an EBITA of around $10m/year. Given the reduction in head-count over the last few years I think that this number is on the low side – it’s probably closer to $15m. Remember that this is a guess!

So now let’s take a look at the domain portfolio from a pure traffic perspective. Some writers have said that the portfolio is around 700K-1m domains in size. Let’s choose 700K for our numbers here and I’m going to ignore all those domains with a resale value as I don’t know how to price them for this analysis.

So the total value for the deal is $110m. My gut is telling me that it’s around $150m, so I think that I’m low on some of my numbers. Whatever the deal is, in terms of acquisitions of entities, it’s the biggest one that the domain industry has seen.

The question has to be asked, “Where did the money come from?” Since the deal is private I actually don’t have any idea. Once again there has been a lot of speculation but there has to be one thing for sure. Given the size, the bulk of the money had to come from non-industry related sources.

Ideally, the deal for the Rook team would be straight equity funding but something tells me that this would be unlikely. I wouldn’t be surprised if it was a combination of both equity and convertible debt funding that related to meeting a series of aggressive targets.

The conversation between Rook and the funding entity would go like this. If you meet the targets that you have set then the deal stands as it is. If you don’t meet your targets then we can convert our debt to equity at a much smaller valuation. This would effectively massively dilute existing shareholders. It’s also a way to protect the cash of the investor against the existing assets.

So what now? My guess and this is just a guess. After the bottles of champagne have been drunk there’s going to be a flurry of activity by the new owners that is unprecedented in the industry. Deals will be done to meet targets and there will be an attempt to increase margins and scale. Who knows, this could be the first salvo in an industry wide consolidation.

I have a lot of respect for the team at Rook and it’s going to be really interesting to see what their next steps are in the global game of domains. I genuinely wish them all the best.

As far as Oversee.Net is concerned….they’re cashed up and will be hungry for truly scalable businesses. Not only that, Oak Hill Capital can at least get the funds they invested into the business (remember that $150m) back. I'm not really sure what was paid back already after the sale of Snap and Moniker..... I wouldn't be surprised if one of the reasons for the sale was that the Oak Hill fund was maturing and needed closing out.

I will finish the article with one additional personal thought. A number of years ago, an entrepreneur named Alan Bond bought the channel nine TV station for $1 billion from Kerry Packer, who was Australia’s richest man. When asked why he sold Kerry replied, “You only get an offer like that once in your lifetime.” A few years later Kerry bought the TV station back for a fraction of the price.

Time will only tell whether the Domain Sponsor acquisition was a stroke of genius or a fool’s errand. I just wish everyone all the best in their future endeavours.

discussion Is a 5% or More Annual Sell-Through Rate possible?

P
other Namejet is it dead or dying?

news [Press Release] IT.COM signs on as the Presenting Sponsor at the London Domain Summit