The Class That Built Apps, and Fortunes 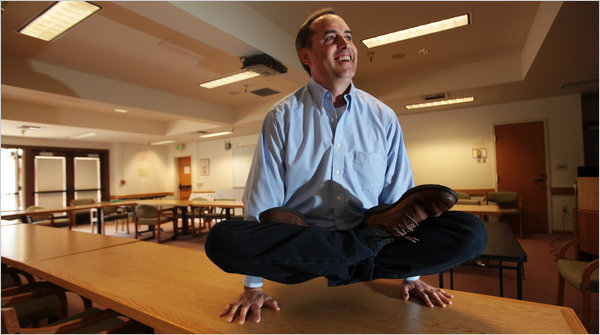 Dan Greenberg with his dog, Jackson, at the offices of Sharethrough, a company he founded after leaving Stanford.

In January, Johnny Hwin sold his start-up, Damntheradio.com, which helps bands and musicians connect with fans.

Rob Monster wants to get Voc(a)l.
2

Drew Wash - From Domain to Profit